I am sure by now its apparent to all and sundry that I am sucker for historical novels. So I recently indulged myself again (Sigh! Yes! I do not know when and where to stop….actually I do! When I see the credit card bills!) and bought myself like 8 new novels of which I finished 3 – 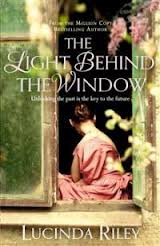 The Light behind the Window traces the lives of The Martiniéres family, switching from present day Emilie de la Martiniéres’s life to delve back into the very heart of World War II and Sophia Martiniéres, whose tragic life is intertwined by an English SOE Constance Carruthers, who is sent to England as a spy in the German occupied France. First for the good things in the book – I love World War II history, so I was sold by the very subject of the book. The book does give a rare glimpse into an aspect of World War II that is rarely discussed or even known to the public – the SOEs. More than 100 women from all walks of lives were sent by British Intelligence into the heart of German occupied Europe to spy on the Nazi activities. Only 14 lost their lives. The book does bring this often overlooked aspect of history back into limelight. Further the author’s attempt to build a strong quiet and resilient character in Constance Carruthers is appreciable. In fact Constance Carruthers is the only character that I liked in the book. To begin with, the book is filled with cliché’s, a French girl falling in  love with a high-ranking German officer – I mean from the word go, this affair is doomed. Then there is typical Nazi general who is a sadomasochist and you know he is brutal and aggressive! Finally there is a so-called kind Nazi who wishes he could have helped save people’s lives! I mean there were people, Germans included, who risked their life and limb to save innocent lives instead of wishing for it. The cherry on the cake is Emilie de la Martiniéres’s – the poor little spoilt rich girl who could not become a lady and live up to mother’s expectation and ran away to become a vet only to throw it all up when the right man came along! Ugh ! Ugh and super ugh! I mean Emilie de la Martiniéres’s character is supposed to be strong and brave, when all she does is crawl into her bed and cry and cry, until you want to cry The history of the times hardly comes through and while I understand that the era is just a setting for the story, the book should have provided some concrete sense of the times.

Now there is no fool like an old fool, so when I finish reading The Light behind the

Window, I pick up another Lucinda Riley – yes I am an idiot. So I start Hothouse Flowers, which I believe was the first book by the author and I have to say it was an honest attempt and a much better effort that The Light behind the Window. This book is also set in the back drop of World War II and traces the lives of Olivia and Harry Crawford whose tenuous marriage is tested as the world plunges into a brutal war and the consequences of which are felt in the modern-day lives of Kit Crawford and Julia Forrester. This book is far better attempt – again like The Light, the book brings forth another aspect of World War II not always highlighted – the 3 year imprisonment of British POWs in the Changi jail. The word horrific does not even remotely capture the harrowing experience of these soldiers.  The characters are meatier and though Julia Forrester also seems to be crying a lot, at least her reasons for doing so are far more apt than that of Emilie de la Martiniéres’s. Then there is Olivia Crawford, the quintessential heroine, beautiful, kind and intelligent and in a deep departure from clichés, the author does not make everything wonderful and right for her.  The only weak character is Harry Crawford, but I do think that was a deliberate attempt and again, the author departs from clichés and does not give us a silent, strong towering character of moral rectitude, but a sensitive and a more human hero. In fact it makes one wonder why when the author showed so much promise in moving away from the stereotypes, did she falter back on the trite in her other novels. Having said all this, one cannot deny that the book is uni linear. It’s far too simplistic and though I cannot and will not call it shallow, it could have done with some more depth. However if you have to read a Lucinda Riley and prefer something light, I would definitely recommend, Hothouse Flowers.

Sigh! I think I have blabbed enough for one post and will continue with Russian Winter in the next blog.