I love history and I love literature. What happens when you mix the two together – Historical novels! 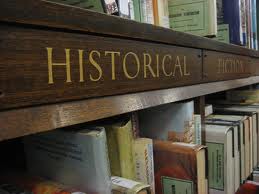 To say I enjoy historical novels is a subtle understatement. I am practically fanatical about them…..A lot of people, mostly the same type about whom I referred in my previous blog, often are incredulous that I can spend so much time in reading about something that does not even denote modern times. I am often flooded with such inane questions like “History…but it’s boring!” or better yet “What’s the point of reading about things long dead?” Duh! Have you never heard that man learns from his past?????!!!!!

I live in the modern world; I am part of this reality! I do enjoy reading about novels set in this reality with all its gizmos of cell phones, internet and the works. But the past has a special charm…. It is the past, the time that has gone by, that really invigorates my mind’s eye. It’s wonderful to set yourself free and let your imagination run wild in a time of horse drawn chariots, courtly living and the Lords and Ladies and all the nine yards!  I enjoy the mannerisms, traditions, costumes and of course the sense of history so different from today’s world.

If you really want to go back in time to the very seed of historical fiction, there is Homer who wrote about the Trojan War in Iliad and the adventure of Odysseus in The Odyssey. There is of course the oral tradition of Mahabharata, though conventionally people consider Vyas the author of this epic that documents the besides many other things the war between the Pandavas and Kauravas in 10th century BCE (the time period of the war is open for debate). A lot of scholars have argued that the first modern historical novel was created by Sir Walter Scott. I can believe that as I try to rack my brains and cannot come up with any such writings prior to Rob Roy, Ivanhoe and Waverly! I am not too fond of Waverly (I know! Even I cannot believe it at times that I do not like something that such a milestone!) I enjoyed Ivanhoe, but my favourite is Rob Roy. I love the Scottish history with all its swashbuckling and angry rebellions and revenge by the subaltern. It’s a classic tale and I am 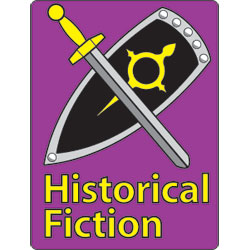 enamoured of it. After Sir Scott, the flood gates are opened. We have the very famous and now slightly trite Victor Hugo’s “The Hunchback of Notra Dame” set in Middle Ages immortalizing Quasimodo’s love for Esmeralda. The mammoth work and my personal favourite Leo Tolstoy’s “War and Peace” detailing the life and times of the Russian aristocracy on the eve of Napoleon’s attack and its aftermath. (Yes! I did read the complete book and yes I did enjoy it and yes I have read it more than once and yes I am nerd and yes I am in love with Prince Andre!) Then there is James Fennimore Copper and his “The Last of the Mohicans”. I am not particularly fond of it, but it’s considered a masterpiece by many with its immortal love story of Uncas and Cora (Yes! I know Hawkeye is more important, but I like to think of Uncas and Cora’s love as ethereal!) set during the Seven Years war. Then there is good old Mr Dickens with his more famous “A tale of two cities” (I think his other novels are far far better than this one) following the lives of Lucie Manette, Charles Darnay and Sidney Carton during the French Revolution. He also wrote Barnby Rudge, which is my personal favourite about the simple-minded Barnaby and his implicated involvement in the Gordon Riots and the parallel tale of Joe Willet and Dolly Vardens and Edward Chester and Emma Haerdales. Alexander Dumas also produced copious volumes of historical fiction, the most famous being the D’Artagnan series – The Three Musketeers,  Twenty years after, The Man in the Ironmask! I am not particularly fond of any of them, though I do feel the plot of the Ironmask is more gripping and sensational. But then Dumas’s tales are sensational! (I mean he wrote The Count of Monte Cristo….nothing is more sensational after that!)

So much for the history of historical literature. In the next blog, which will be in continuation of this one, I will list some of my all-time favourite historical novels by modern-day authors.